With the development of world economy and the increasing consumption of the world energy, 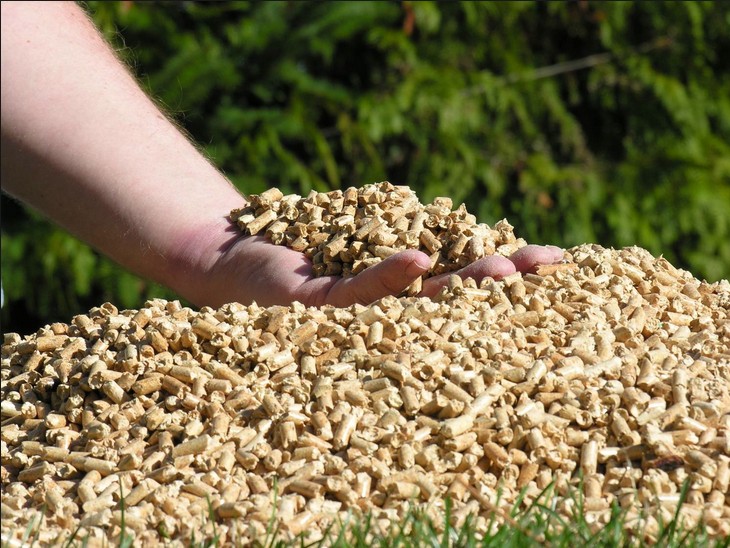 biomass fuel becomes the third largest energy after coal and oil. Wood pellets as a biomass fuel are clean, environment friendly, sustainable and renewable. In developing countries, they are used to house heating and cooking. In developed countries, like Europe and North America, they are widely used for commercial power generation and industrial power generation. Canada has the world third largest forest resources which supply plenty of raw materials for wood pellets. As one of the main wood pellets production countries, Canadian wood pellets are mostly exported to Europe and Asia. Today, as people pay more attention on greenhouse gas emission, the Canadian wood pellet market is full of potential in the future.

2. Introduction of Wood Pellets
Wood pellets as a renewable and sustainable energy, generally are made from sawdust, wood shavings, wood chips or biomass straws, stalks. There are other potential raw materials that can be used to make wood pellets, like little trees cleared from the forests, wood with no commercial value, trees not conforming to the requirements of sanctions, decayed wood, recycling waste wood, trees died of diseases and pests, waste wood from construction site.
The raw materials go through crushing machine to be crushed into smaller powder. Then the material powder is pelletized by a ring die pellet mill or flat die pellet mill after the drying process as the best moisture content is 11~17%. After pelletizing process, the pellets should be cooled by a cooler to reduce the temperature and the moisture content. At last, pack the wood pellets with an automatic wood pellet weighing & packing machine, which can help to protect the wood pellets from damp and rats. 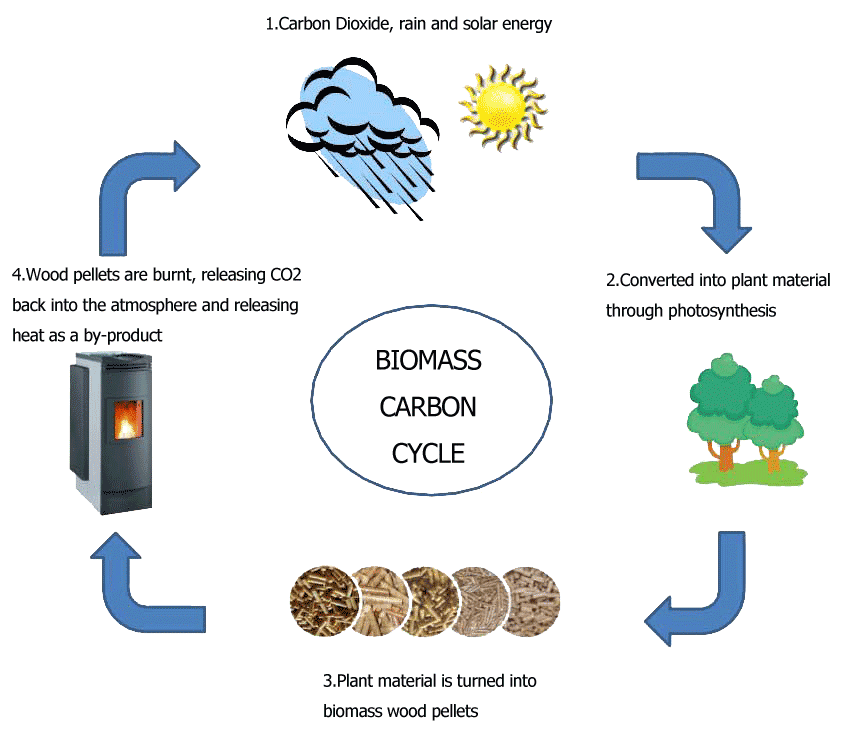 2.1 Advantages of Wood Pellets
A. Environment friendly.
The wood pellets are a natural biomass fuel without adding adhesive. As testing, the sulphur content of wood pellets is 0.01%, and the ash produced by burning is only 1.5% and the emissions of CO2, SO2, NO2 etc. are lower than the current provisions.
B. Easy to storage and transport
After the raw materials are made into pellets, they are in high density which are easy to store and transport.
C. High combustion efficiency
Wood pellets have higher combustion efficiency than raw materials. The combustion efficiency can be improved above 80%. According to estimates, the heat generated by one ton of wood pellets equals to a ton of coal.
D. Safe to Use
Compared with other fuel, wood pellets contains no fissile and explosive chemical substance, and will not cause the accidents like poisoning, explosion, leakage.
E. Sustainable and renewable
The ash after consumption of the wood pellets can be used as fertilizer which can promote plants to grow and enter a new cycle. Besides that, as the materials of wood pellets are renewable, wood pellets are a kind of green and renewable biomass fuel.

3.1 Raw Material for Wood Pellets Making in Canada
With the third largest forest resources, the raw material of Canadian wood pellets is quite abundant. The raw material in Western Canada accounts for about 90% of the resources that the whole country can offer. The Eastern Canada accounts for about 10%. The main materials for wood pellet making in Canada are residues from other industrial process, such as sawdust, sawmills. The other potential source of raw material is mountain pine beetle-killed wood which exceeds the capacity of the logging and milling industry as Canada has the third largest forest resources in the world. As the mountain pine beetle-killed wood are limited, it soon replace by afforestation wood. The total amount of industrial residues and mountain pine beetle-killed wood is 1.6-2.9 million tonnes annually which are completed dedicated to produce wood pellets. The following are the materials that are used in Canadian wood pellet industry. 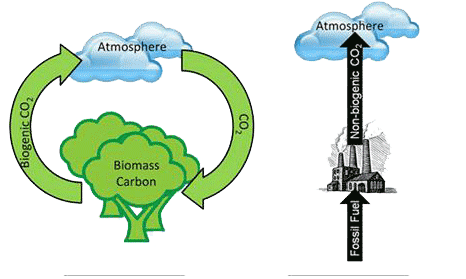 In North America, Canada plans to eliminate Greenhouse gas in the range of 607 million tonne Greenhouse gas annually by 2020 and reduce CO2 emissions, which will help enlarge the wood pellets domestic market. With the climate change policy and Canadian energy policy, the large electricity generation plants will have three conversion options, such as to use biomass, co-firing with biomass, natural gas. In 2012, new coal emission regulations were released. It plans to cap emissions at 420 tonnes CO2/GWH, which make the potential use of pellets of about 4.4 million tonnes by 2019.
Global share of CO2 emissions
European Community signed the Kyoto Protocol in 1997 to control Greenhouse gas to a suitable level. The targeted GHG reduction from 1990 base year is 8% and the actual performance is 11%. As the new EU Renewable Energy Policy shows that all EU countries, including Sweden (a high target of 49%), Denmark, Germany, UK, Netherlands, Belgium, etc. must ensure that at least 10 percent of their transport fuels is renewable sources by 2020, which create great opportunity for wood pellets.
The following are some countries current Greenhouse gas reduction targets.

4. Export Market for Canadian Wood Pellet
In 1998, Canada exported the first load of industrial pellets on the Mandrin Moon to Helsingborg, Sweden. Nowadays, with great deal of wood pellets output annually, most of Canadian wood pellets are exported to foreign countries, mostly to Europe, some to Asian market. In 2011, Canada exported 1.2 million tonnes of wood pellets to Europe and 60,000 tonnes to Japan.
4.1 Export market in Europe
The demand of Canadian wood pellets in European market is growing at about 20% annually. In 2015, the demand is still increasing in the industrial electricity and heat markets. By 2020, the European countries are planned to consume 40 million tones of wood pellets per year as they target to reduce greenhouse gas. With different government policy, the consumption and application of wood pellets in different European countries is different. The major countries in Europe are the United Kingdom, Denmark, Netherlands, Sweden, Germany and Belgium. In the Netherlands, Belgium and the UK, wood pellets are mainly used in large-scale power plants. In Denmark and Sweden, wood pellets are used in large power plants, medium-scale district heating systems and house heating. In Germany, Austria, Italy and France, wood pellets mostly are used for house heating and industrial heat.
Canadian Wood Pellets Exported to Europe in 2012 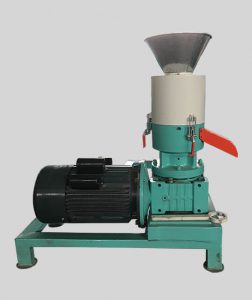 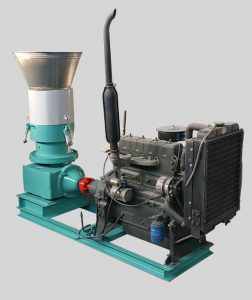 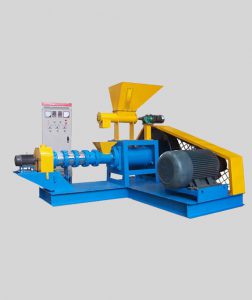 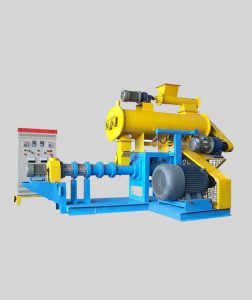